The Nautilus lights were my most ambitious glass project to date, exploring a much more complicated geometry than the simple octahedra I had used on the Light Mobile in the winter of 2014. These pieces were originally designed as lighting instruments to create an air of modern mystery in a particular space. Of particular interest to me was the creation of a chaotic system of internal reflections, especially when viewed from below, that would evoke a sort of non-euclidian maze and a three dimensional structure which was far more than the calculated lines of the actual sculpture – a lantern with more space inside it than its surfaces could hold. 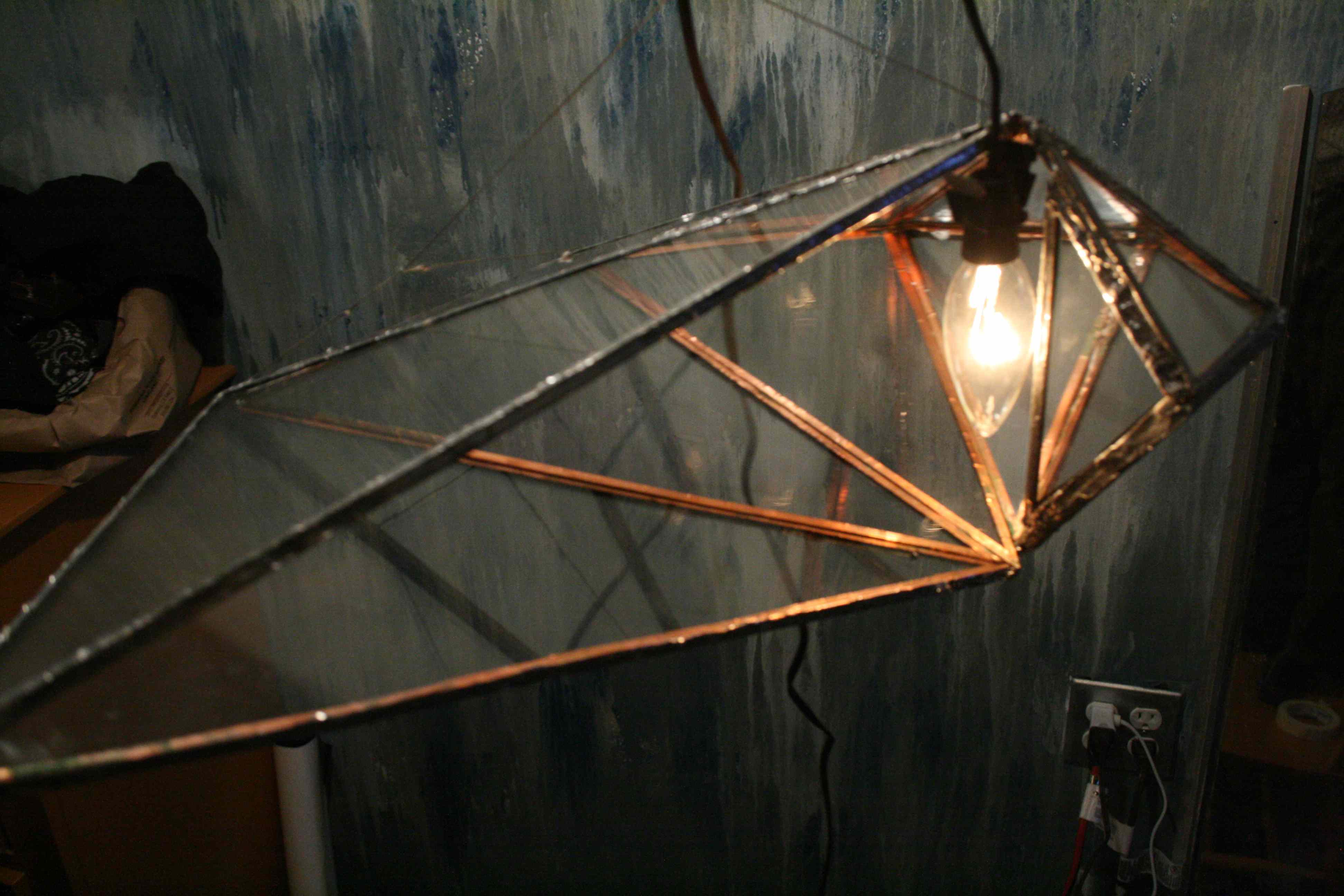 These lanterns are constructed from 1/4″ glass sheets which I cut, wrapped with copper foil adhesive tape, and soldered together. A vertical 40W bulb was selected to cast the right amount of light while existing in agreement with the geometric structure of the lantern. 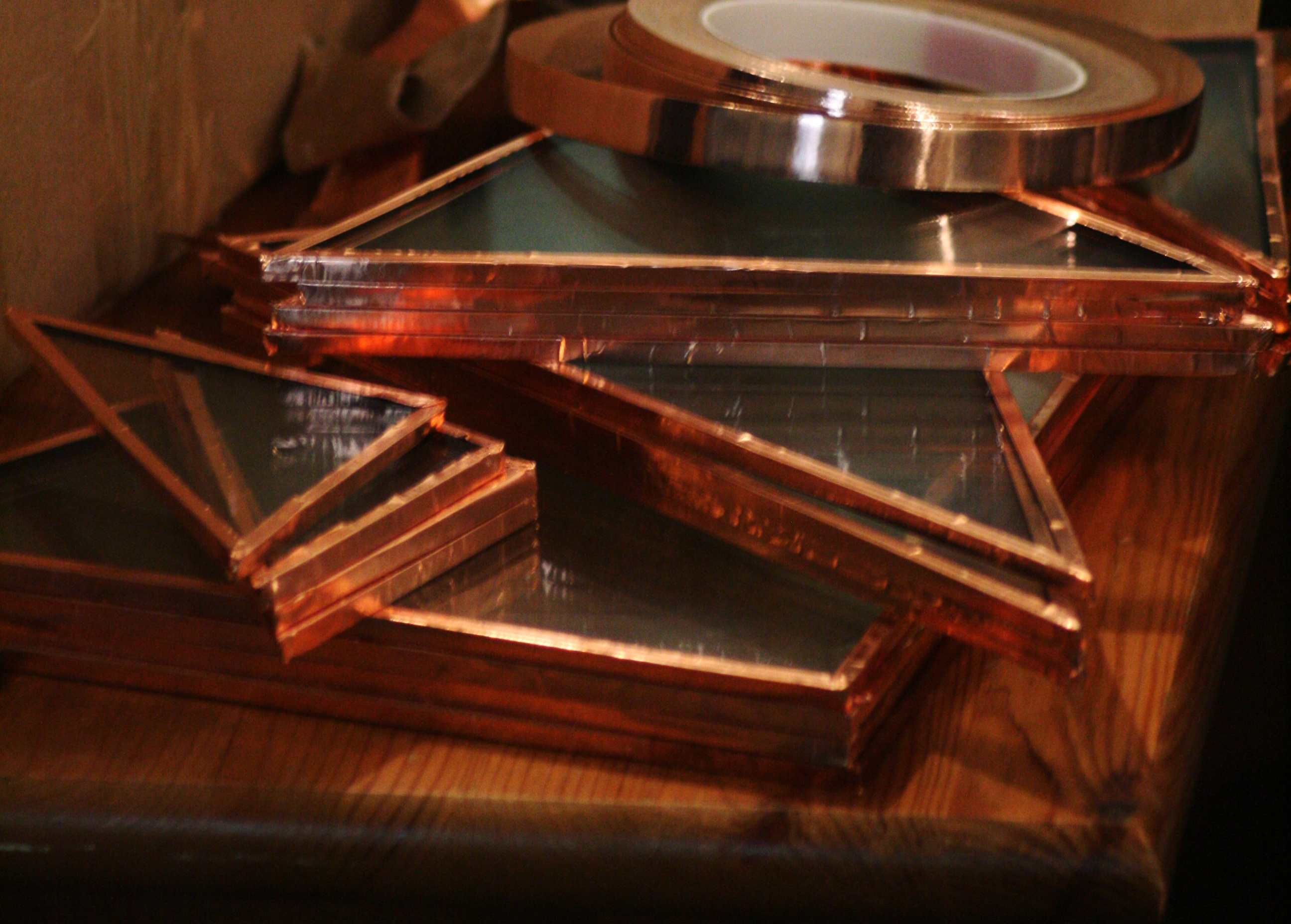 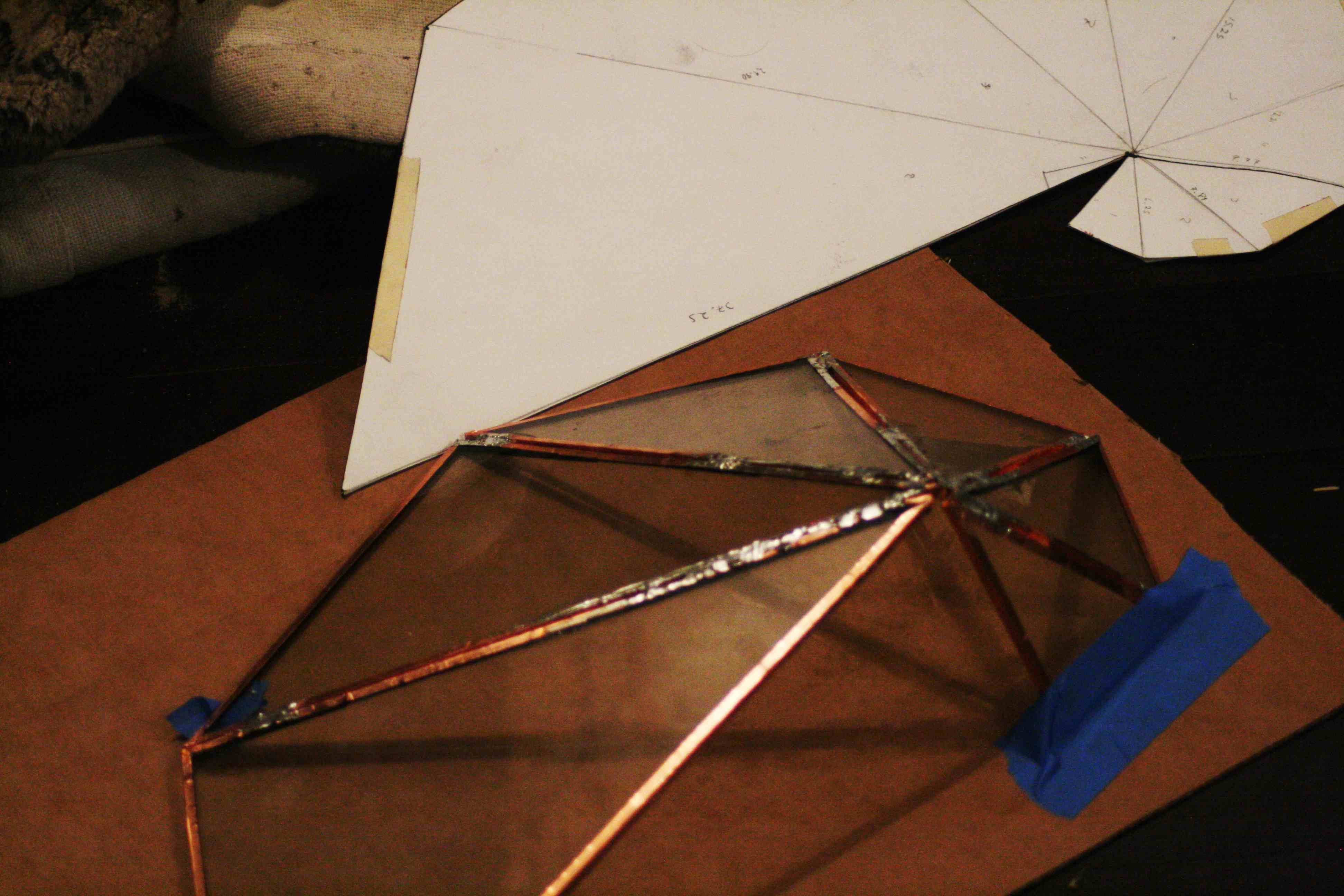