Appropriated Books are, for me, texts which have been lifted whole from one context and re-crafted artistically into something new.  The first appropriated book I made was a section from the center of a biography of John Maeda.  I bought the original (and all the fabrics I used) at Oakland’s Creative Reuse Depot, stripped its binding and rebound eight central sections as a new book.

Maeda’s book is very modern and graphic, with computer generated force diagrams, collages, hi gsm paper and a nearly square aspect which would have been nearly unthinkable a century past.  I took special pleasure in rebinding this book with colors and textures that suggested great age, encouraging the observer to read it, with its mixed symbols and proportions, as a codex from an unknown culture.

The contents feel as arcane as a star-map and contain hidden messages. 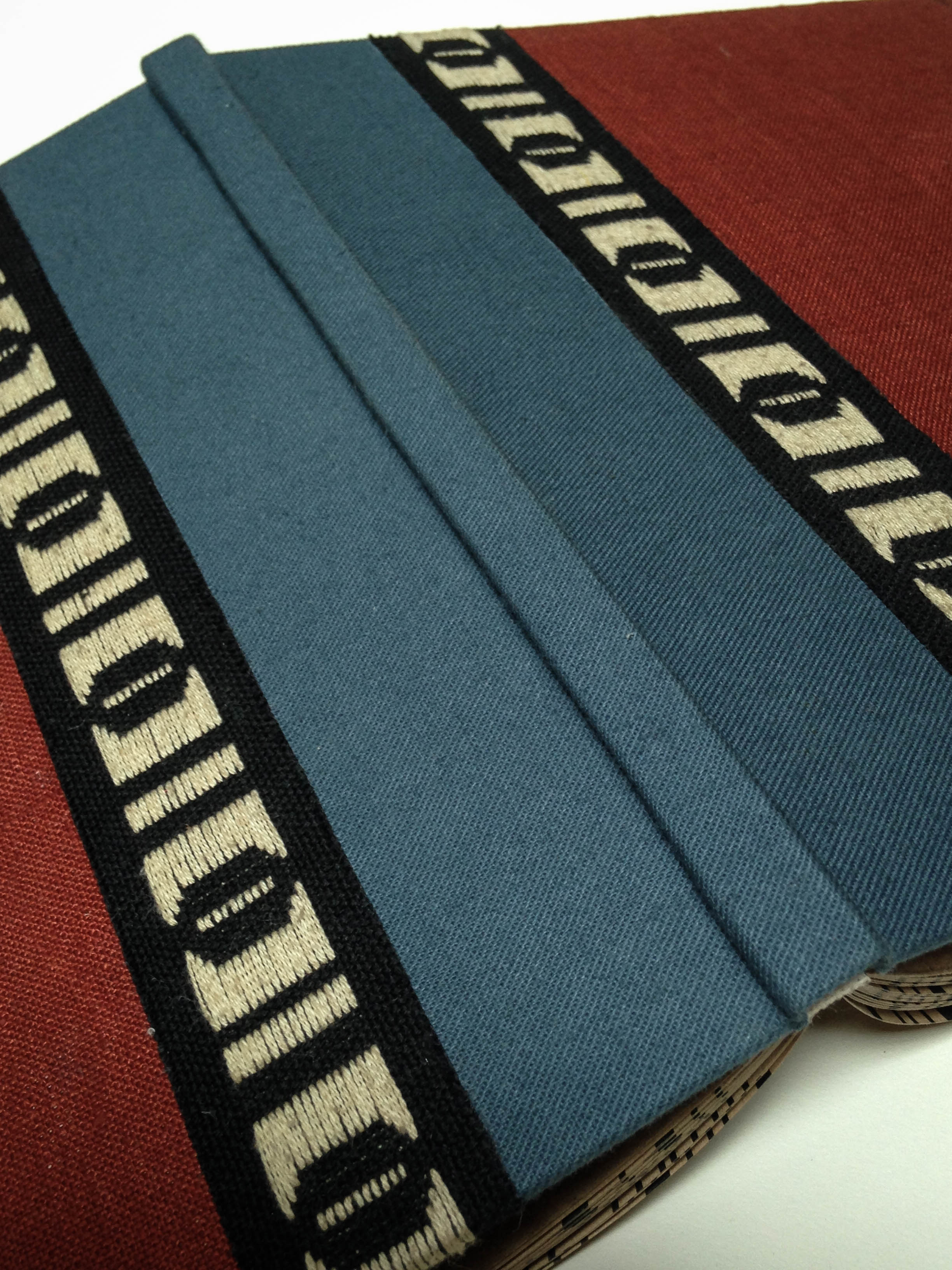 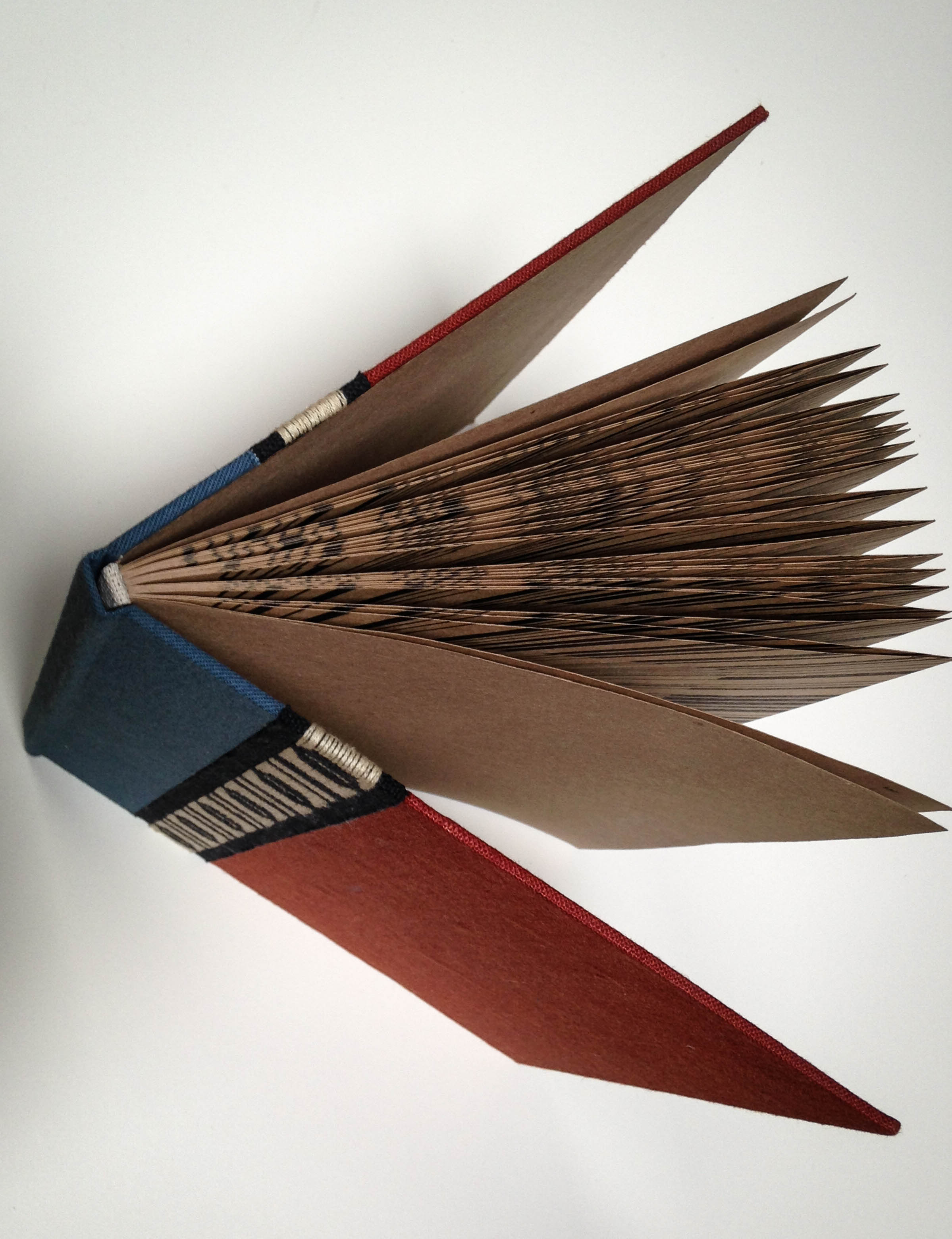 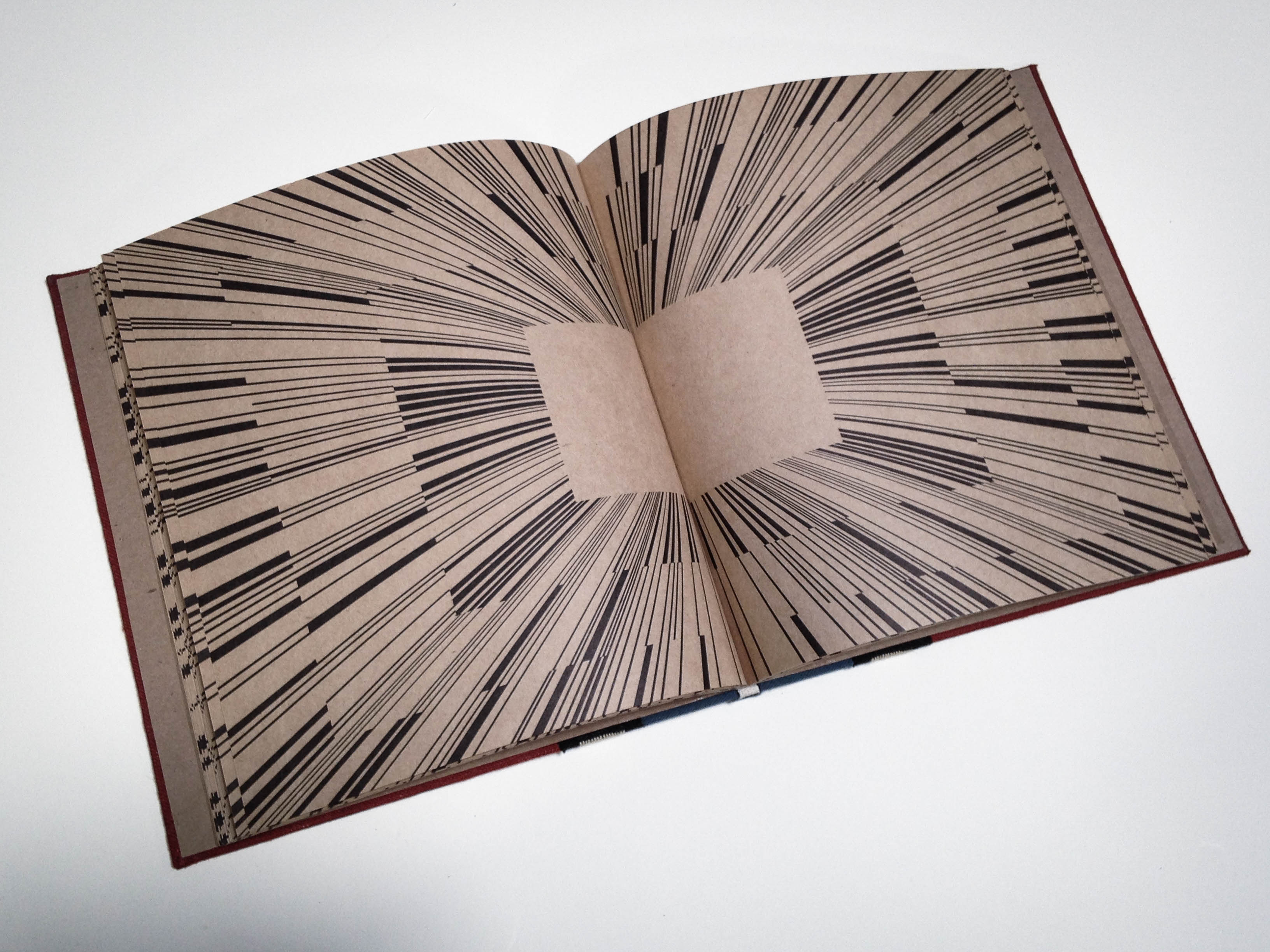 The next appropriated book will be far different in form and contents.  I recently found a complete, though unsigned, storyboard for a film which was never made.  These 200+ original pencil drawings on tracing paper are the only remaining record of the film’s visual contents, and I bought them for a wink and a five dollar bill at the Creative Reuse Depot.  There is some sadness in this as the nameless original artist must have spent many months of his or her life creating the drawings, but there is a justice also in the fact that I will be making a new artwork from them.

Books are a salutation to the timeless worth or art and information.  Their historical purpose is to collect, bind, and preserve worthwhile truths through time which would otherwise be lost and recycled.  In this, appropriating other artists’ works which have been discarded or forgotten feels to me like an apotheosis, or at least a proper burial.